Abstract
Importance The hereditary progressive ataxias comprise genetic disorders that affect the cerebellum and its connections. Even though these diseases historically have been among the first familial disorders of the nervous system to have been recognized, progress in the field has been challenging because of the large number of ataxic genetic syndromes, many of which overlap in their clinical features.

Observations We have taken a historical approach to demonstrate how our knowledge of the genetic basis of ataxic disorders has come about by novel techniques in gene sequencing and bioinformatics. Furthermore, we show that the genes implicated in ataxia, although seemingly unrelated, appear to encode for proteins that interact with each other in connected functional modules.

Conclusions and Relevance It has taken approximately 150 years for neurologists to comprehensively unravel the genetic diversity of ataxias. There has been an explosion in our understanding of their molecular basis with the arrival of next-generation sequencing and computer-driven bioinformatics; this in turn has made hereditary ataxias an especially well-developed model group of diseases for gaining insights at a systems level into genes and cellular pathways that result in neurodegeneration. 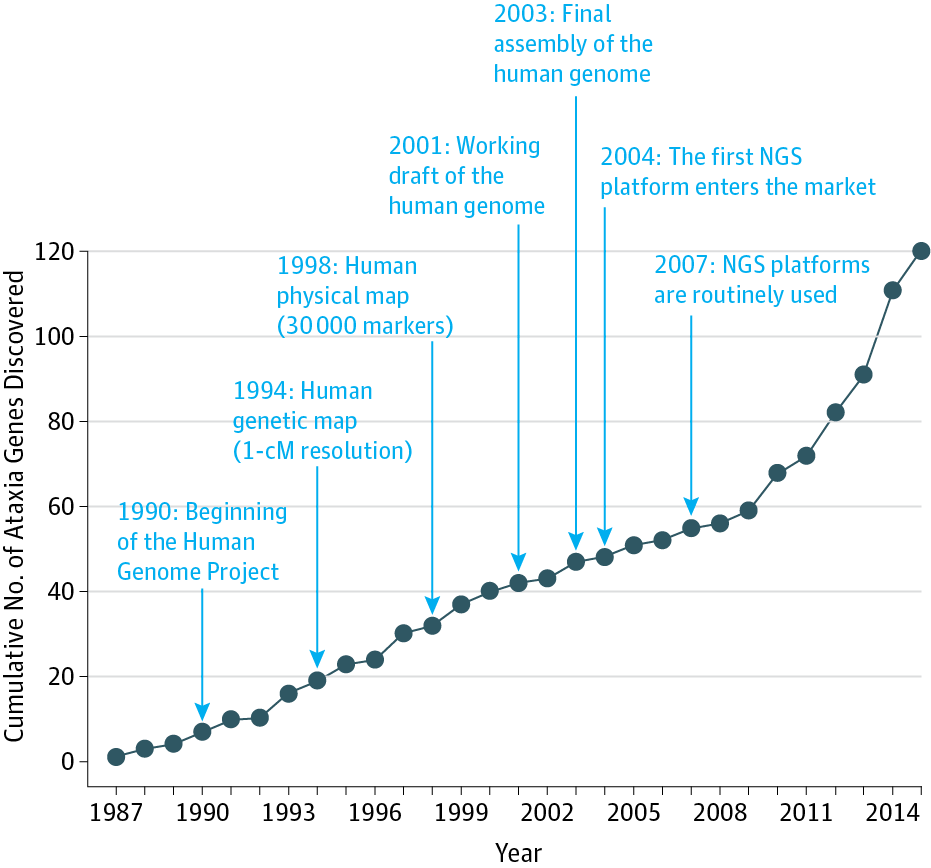 This review uses the example of hereditary ataxias to assess the contribution of next-generation sequencing to identification of the genetic basis of neurogenetic syndromes.