The defect that causes the neurodegenerative disease Huntington’s has been corrected in patients for the first time, the BBC has learned.
An experimental drug, injected into spinal fluid, safely lowered levels of toxic proteins in the brain.
The research team, at University College London, say there is now hope the deadly disease can be stopped.
Experts say it could be the biggest breakthrough in neurodegenerative diseases for 50 years.
Huntington’s is one of the most devastating diseases.
Some patients described it as Parkinson’s, Alzheimer’s and motor neurone disease rolled into one.
Peter Allen, 51, is in the early stages of Huntington’s and took part in the trial: “You end up in almost a vegetative state, it’s a horrible end.”
Huntington’s blights families. Peter has seen his mum Stephanie, uncle Keith and grandmother Olive die from it.
Tests show his sister Sandy and brother Frank will develop the disease.
The three siblings have eight children - all young adults, each of whom has a 50-50 chance of developing the disease.
Worse-and-worse
The unstoppable death of brain cells in Huntington’s leaves patients in permanent decline, affecting their movement, behaviour, memory and ability to think clearly.
Peter, from Essex, told me: "It’s so difficult to have that degenerative thing in you.
“You know the last day was better than the next one’s going to be.”
Huntington’s generally affects people in their prime - in their 30s and 40s
Patients die around 10 to 20 years after symptoms start
About 8,500 people in the UK have Huntington’s and a further 25,000 will develop it when they are older
Huntington’s is caused by an error in a section of DNA called the huntingtin gene.
Normally this contains the instructions for making a protein, called huntingtin, which is vital for brain development.
But a genetic error corrupts the protein and turns it into a killer of brain cells.
The treatment is designed to silence the gene. 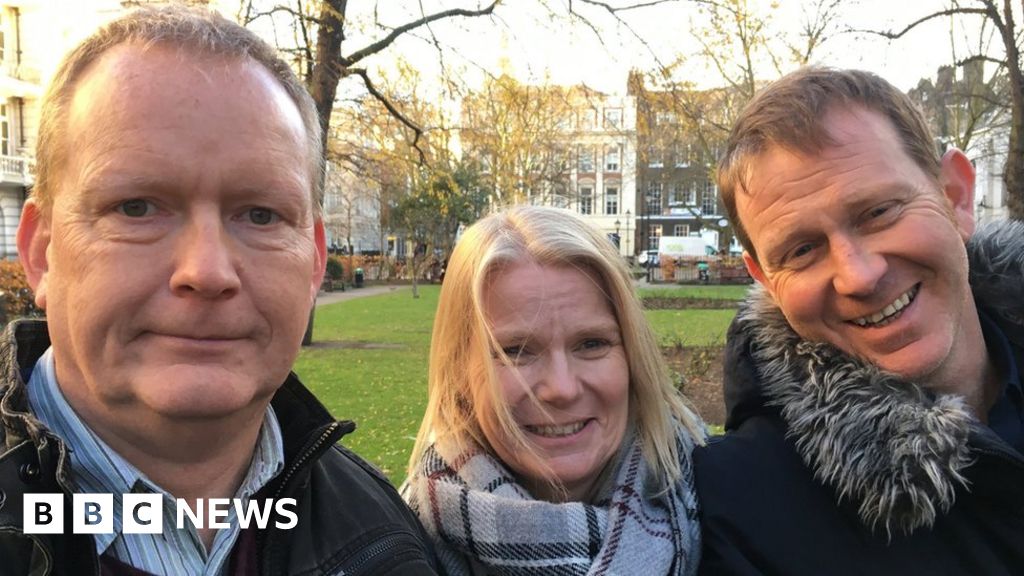 Scientists say it could be the biggest breakthrough in neurodegenerative diseases for 50 years.