After going to so many neurologists and being treated so poorly that I stopped going 6 yrs ago! Then the ataxia hit me hard! I did find a good neurologist and finally got a diagnosis-idiopathic late onset cerebral ataxia

.
Here’s the joke: What’s the difference between God and a neurologist?
Answer- God doesn’t think He’s a neurologist

Before I went to Johns Hopkins, I was diagnosed to have " idiopathic Gait Disorder". You think, you would spend all that money for the doctor to tell you that?

Oh, trust me, after being “sick” for the past 8 years and no doc able to give me an actual diagnosis. In the past the responses have been that I’m neurotic, a hypochondriac, a pill seeker…it’s been a very bad 8 years. I still have days when I wish the meningitis would’ve killed like it was supposed to (soooo many docs tell me I should be dead…how do I respond? Um, sorry? Now I do have a diagnosis, idiopathic late onset cerebellar ataxia…crappy disease but at least I now know what I’m dealing with and what to expect in the future

. One day at a time, the only way to deal with this rare disease!

A good friend of mine is a Neurologist. He knows what he’s looking at when he looks at a MRI but he has really no idea what Ataxia is because he is normal. Actually, he is very good at what he does and travels a lot lecturing. But that’s all he can identify with. Ataxia is a very rare illness that most doctors will never see and those who do are mystified. That’s kinda why I don’t see Neuros because there’s nothing they can do to cure me of Ataxia. If something bad or different happens, well, that’s another story. I just cope the best I can in the meantime. Remember, I am only talking of me!

Great joke! I love it. Thanks for the laugh!
Cicina

I got very lucky with my neurologist, he was my mothers also, she died of Alzheimer’s almost 2 yrs ago. He listened, he didn’t talk down to me, and when I asked why this was happening he stated very plainly that he nor any other doc has a clue! I love honesty

It may not be what I want to hear but I’m a big girl, I can handle it

Great joke. My neurologist just stares at the computer screen then at me as if to say NOT A CLUE MATE. I have cerebellar ataxia had it for around 15 years and docs still call me a mystery.

People would say they wished they were like me being able to afford to get so drunk early in the day or would say, ‘you should take more water with it’.

We are a bunch of mysterious people! It’s cool to be mysterious, right?

This joke does have some truth to it (the best jokes do). On my first visit to my first neurologist, I was more or less told “have a nice life” and “what do you expect me to do”. I was taken back by these comments at first, but then I asked myself the question: what more did I expect?

This doctor obviously had no bedside manners at all. Maybe it was because he saw no potential for cure credit? Only then did I realize that I didn’t have any letters behind my name

. Now I visit a movement disorder clinic, much nicer doctors

.
Knowing that nothing can be done for this condition in most cases, it is nice to show a little compassion. Now I am not a religious man, but would God act this way? Would he say these things? I’m going to guess no.

I know it is not fair to lump all neurologists into such a “category”, however there seems to be a trend of bad experiences happening.

I think a small part of their arrogance stems from the absolute lack of knowledge regarding the human brain and the rest, I guess they simply suck. I don’t think ANYONE should go into medicine, especially in neurology, oncology, etc. if they can’t treat people like human beings, not just numbers on a chart. Even the doc I have now, who I consider one of the “good ones” was rather flippant when he gave me my diagnosis. Didn’t tell me about the disease, nothing! I had to get info on ataxia on my own…that’s just wrong!

If you want a good laugh. The next time you go to a doctor and the door is closed waiting for the doctor. When he comes and knocks on the door say “Who is it?” My doctor never stopped laughing. Have a great day.

It is VERY disappointing that there seems a common link with neurology and medical arrogance. The labels that the medical fraternity seem very quick to lump us with have an impact that lasts a lifetime and I’m unsure that the fraternity actually comprehend that impact. As a society we place dr’s on a pedestal as being all knowledgeable, but when they don’t have the answers they seem unable to admit their lack of knowledge. So instead of admitting their knowledge is lacking they blame the patient. How to explain the impact this has is impossible to express and for me personally has lasted a lifetime.
Some 40+ years ago I was involved in a motor vehicle accident, back then technology was not what it is today and x-rays were all that was readily available. It was simply labelled as ‘a bump on the head’, but over the years there were numerous signs, none of which were identified as cause/effect, instead they were labelled everything else from psychosomatic to drug and alcohol issues to idiopathic in nature. When a scan could be completed it was like some big discovery “Ohh look what WE found…” but it took a life threatening incident before it was thoroughly investigated. But even now, after receiving a tangible diagnosis, having numerous neurosurgical operations (x6) still the medicos believe they have ‘fixed’ the issues (I can think of another word starting with ‘F’), as others here have stated I have given up on them ever accepting or acknowledging the reality of the situation. I have to manage all of this for me, not them. And as for frustration… …ohh don’t go there.
I have tried to educate some dr’s on the realities of what some of us have to manage, but to say they are less than willing to accept the facts is an understatement, again the simplest answer is to blame the patient. As if we choose to be in this position, who on earth would choose this? Not I, that’s for damn sure.
“Ohh don’t worry, it’s all in your head…” as if I didn’t know that already.

Merl from the Moderator Support Team

My main gripe about Neurologists, and doctors in general is, they don’t actually take the time to fully explain a complex diagnosis, or pass on written information about it. Often, they need to speak in layman’s terms, simply, because patients are stressed and find it hard to comprehend what is happening to them.

I suspect that’s one of the reasons people join support groups, to glean information from others

Merl, amen to everything you said and I agree 100% with your comments. After seeing at least dozen Neurologist including every “specialist”, they do not have any clue!

Yep, mine gave me my diagnosis, set me up for a neuropsych exam (which was very frustrating and I did poorly) and he would see me in July

…I’m not expecting much more from him, I’ve learned that with docs, especially neuros, they do not really give one shit whether I live or die! And I feel exactly the same about them.

Even the neuropsychologist was very cold and clinical.

My neuropsych eval was bullshit too…a tech administered it and even though it was a sweltering day she kept turning the air conditioner off so I had to keep asking her to please turn it back on because I was burning up-it was awful. It was crazy and there is no way the results could have been accurate. I have never been so glad to get out of a doctors office in all my life!

Obviously, I’m not alone in my thinking.

Since there had not been any posts over 24 hours, I thought I will break the ice. 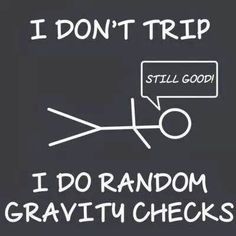