In this powerful memoir, Kyle Bryant chronicles his life with Friedreich’s ataxia, a rare neurological disorder that causes difficulty walking and impairs speech. Bryant, diagnosed when he was 17 years old, describes his coming to terms with his condition (“If I’m going to become progressively worse, then it’s time to do something about it”). Nearly 10 years later, he organized a cross-country recumbent tricycle ride beginning in his home state of California in order to raise awareness and funding for FA research and patient support. Yet Byrant writes that he “didn’t want FA to be my defining feature. I had things to prove to the world.” He eventually traveled by recumbent tricycle across the U.S. twice and became a full-time staffer of the Friedreich’s Ataxia Research Alliance. One of the more notable themes of this work is how FA patients—who face shortened lives—must embrace the present; in so doing, Bryant believes, they can gain a sense of freedom and contentment despite growing physical limitations (“You have been given permission to live in the moment… do what you love and do it to the fullest extent”). In sharing this realization, Bryant gives not only his fellow FA patients, but most anyone grappling with their perceptions of their life’s work, a valuable gift of insight. (Feb.) 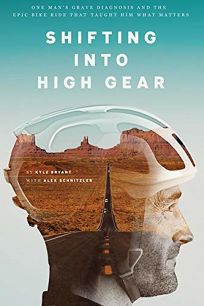 In this powerful memoir, Bryant chronicles his life with Friedreich’s ataxia, a rare neurological disorder that causes difficulty walking and impairs speech. Bryant, diagnosed when he was 17 years old