The involvement of patient organisations in rare disease research: a mixed methods study in Australia

We report here selected findings from a mixed-methods study investigating the role of Australian rare disease patient organisations (RDPOs) in research. Despite there being many examples of RDPOs that have initiated and supported significant scientific advances, there is little information – and none at all in Australia – about RDPOs generally, and their research-related goals, activities, and experiences. This information is a pre-requisite for understanding what RDPOs bring to research and how their involvement could be strengthened.

Although most are small volunteer-based groups, more than 90 % of the surveyed RDPOs had a goal to promote or support research on the diseases affecting their members. Nearly all (95 %) had undertaken at least one research-related activity – such as providing funding or other support to researchers – in the previous five years. However, RDPO leaders reported considerable challenges in meeting their research goals. Difficulties most frequently identified were insufficient RDPO resources, and a perceived lack of researchers interested in studying their diseases. Other concerns included inadequate RDPO expertise in governing research “investments”, and difficulty engaging researchers in the organisation’s knowledge and ideas. We discuss these perceived challenges in the light of two systemic issues: the proliferation of and lack of collaboration between RDPOs, and the lack of specific governmental policies and resources supporting rare disease research and patient advocacy in Australia.

This study provides unique information about the experiences of RDPOs generally, rather than experiences retrospectively reported by RDPOs associated with successful research. We describe RDPOs’ valuable contributions to research, while also providing insights into the difficulties for small organisations trying to promote research. The study is relevant internationally because of what it tells us about RDPOs; however, we draw attention to specific opportunities in Australia to support RDPOs’ involvement in research, for the benefit of current and future generations affected by rare diseases.

Each of the 6000 to 7000 rare diseases1[1] affects relatively few people, but collectively rare diseases affect an estimated six to eight per cent of the population [2]. Based on this estimate and Australia’s 23.7 million population at the end of 2014 [3], it is likely that at least 1.4 million Australians have a rare disease. Because rare diseases are usually life-threatening or chronically disabling, and most have no specific or effective treatments [4], [5], they impact severely on affected individuals and their families [6]. However, the low prevalence of individual rare diseases means they have historically received little attention from government or industry research funders [4], [5], [7], [8].

In the absence of resources from other sources, support from rare disease patient organisations (RDPOs) – defined here as non-profit community groups representing people affected by specific rare diseases – may be crucial to the initiation and progress of biomedical research [9]–[11]. Like patient organisations for more common diseases, RDPOs emerged in the United States (US) around the middle of the 20 th century [10] and have since proliferated across the Western world. While the traditional function of RDPOs is to support patients and/or their families, these organisations are believed to be playing increasingly active roles in rare disease research[12]–[14]. Indeed, there are now many examples of RDPOs that have initiated and/or supported significant programs of research [10], [13], [15]–[18], including the development of new therapies for diseases such as cystic fibrosis [19], [20], Pompe’s disease [21], Giant Axonal Neuropathy[13], and lymphangiomyomatosis [22].

Internationally, there is growing interest in strengthening RDPOs’ engagement in research [14],[23], [24]. This trend is observed in the context of greater prioritisation of rare disease research by governments concerned about the collective public health impacts of rare diseases [5], [25],[26] and pharmaceutical companies attracted to rare diseases as untapped markets [27]. RDPO-researcher collaborations are also of interest to policy-makers responsible for promoting the involvement of patients and their representatives in research [14], [28], [29], and to social scientists concerned with how patient communities influence the directions, practices and cultures of biomedical science [30], [31].

Despite the practical and theoretical significance of the topic, there is limited information about how RDPOs are involved in research. The relevant literature consists mainly of case studies and reports of individual RDPOs [9]. These accounts usually focus on organisations that have successfully influenced research agendas and outcomes, which may not be representative of RDPOs generally. While a few surveys [32]–[35] have examined the research-related activities of larger numbers of RDPOs, their authors provide limited information about RDPO leaders’ experiences in supporting research. Understanding these experiences – including any challenges or problems encountered by RDPOs that seek to advance research – is an important underpinning for initiatives to strengthen RDPOs’ contributions and collaborations with researchers.

As other authors have noted, previous studies of patient organisations’ roles in research have been conducted only in Europe and the US [30], [36]. In the absence of studies or even descriptive reports of Australian RDPOs, little is known about these organisations or their involvement in rare disease research. The need for country-specific information as a basis for policy development is highlighted by evidence that the involvement of patient organisations in research (for both rare and common diseases) is influenced by the political and social context in which the organisation is situated [30], [32], [36]–[38].

The environment for rare disease research and patient advocacy is very different in Australia compared with either Europe or the US. As discussed later in this article, there are no specific policies or programs supporting Australian rare disease research [38]–[41], with the exception of “orphan drug” legislation providing tax benefits and extended periods of market exclusivity for pharmaceutical companies that develop drugs for rare and neglected diseases [5], [42]. In contrast, Europe and the US have significant government-funded programs and initiatives targeting rare disease research [5], [25], [43]–[45], including a strong development program for infrastructure such as registries and biobanks that can be used in the study of any rare disease[27], [46], [47]. There are also major initiatives in both Europe and the US to strengthen RDPOs’ involvement in rare disease research and related deliberative processes [23], [28], [34],[48]–[50].

Aim of our study

In this article, we report selected findings from a study investigating the research-related goals, activities and experiences of Australian RDPOs. In an effort to overcome the limitations of previous studies, such as the lack of representativeness of case studies and the restricted depth of analysis possible in surveys, our study included three different methods: an analysis of RDPO websites; an online survey of Australian RDPO leaders; and in-depth interviews with ten RDPO leaders and two key informants.

We describe the characteristics of Australian RDPOs; evaluate their research ambitions and modes of involvement in research; and discuss the challenges that Australian RDPO leaders identify with their efforts to contribute to research. We consider this novel information in the context of current Australian research policies and identify a number of specific opportunities to support RDPOs’ involvement in research and their collaborations with researchers, so as to capitalise more fully on their potential contributions. 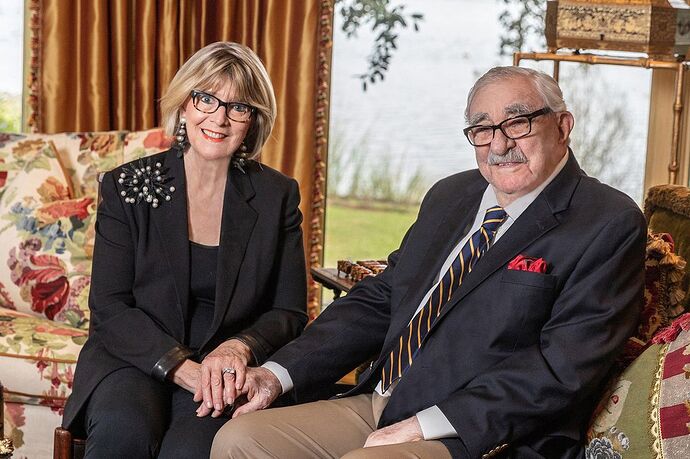 School officials say the program will give patients access to new drug therapies and clinical trials.

This is unavailable to read in most European countries…