An organized community effort to send two young P.A. women to the National Ataxia Foundation conference in Las Vegas wrapped up on Saturday with the second afternoon “Zumbathon” at the Midtown Community Club. 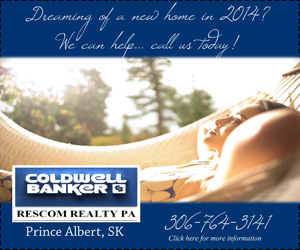 Organizers of the class used Zumba, a high-energy Latin dance exercise program, as a vehicle to help finance the trip for Alicia Mihilewicz, 26, and Kama Soles, 36.

“It was $10 a person, everybody paid their $10 and then it’s donated back to the girls,” Kama’s mother Carol Soles said.

“The Zumba instructor’s free, the hall is free, so a big shoutout to Midtown.”

Alicia and Kama both have Friedreich’s ataxia, a rare inherited disease that can lead to muscle weakness, curvature of the spine, fatigue, co-ordination problems and visual, hearing and speech impairment.

As previously reported in the Daily Herald, family members spearheaded the fundraising efforts that included two Zumba classes as well as a dance and silent auction in order to send the two women to the Vegas conference.

Carol’s great-niece Candace Uhlik, a newly certified Zumba instructor, originally hatched the idea of the Zumbathons and donated her own time to lead the classes.

Approximately a dozen women attended Saturday’s Zumba class -- including past participants such as Sherry McNabb, who was fighting a cold that day but still attended to show her support.

“It’s for a good cause and it also is a good workout,” she said. “It’s just basically about the fundraising.”

Speaking during a break, Carol noted that the campaign had raised $11,093 thus far, not including the funds to be raised that day.

“There’s (now) enough money for the girls to go to the conference, to pay all their expenses -- which includes their flights for themselves and their two attendants, hotel rooms, the cost of the caregivers and meals, and conference registration,” Carol said.

She noted the success of the dance and silent auction on Saturday, Jan. 18, with more than $9,000 raised by the end of the day.

“We had about 200 people in attendance and a huge amount of silent and Chinese auction items donated from various folks in the community and businesses … We plan on doing sort of a big thank you when the girls come back from the conference so that we can do some pictures,” Carol said.

“We’re just so grateful and it’s hard to say thank you to everyone,” she added. “It’s just very humbling and heartwarming.”

We have had more jaw-dropping moments in the last three weeks to last us a lifetime.Carol Soles

While organized events such as the Zumba classes and dance have attracted the lion’s share of attention, additional donations have come in through other channels.

Carol recounted the “amazing story” of a local couple -- who wished to remain anonymous -- that run a small business in town and contacted the Mihilewicz and Soles families to request a meeting.

During the meeting, the couple asked the families whether all the expenses had been covered for the women’s trip to the Vegas conference, and were told that most of the costs had been covered save for a few remaining items.

“They said ‘Well, the money we’re going to give you is not for expenses. This is for the girls to do up Vegas right and to make memories that will last a lifetime,’” Carol recalled.

Putting the story in context of their broader fundraising efforts, she noted, “We have had more jaw-dropping moments in the last three weeks to last us a lifetime.”

Alicia and Kama have now booked their flights and hotel rooms to attend the Vegas ataxia conference, which will take place from March 21-23.

As donations continue to come in, Carol noted, “Anything that’s extra, we’re going to put in a trust account for future conferences for them. So it won’t be spent by either family, it’ll be put in trust for the girls.”

A veteran fundraiser for community causes, Carol took the chance to once again thank Prince Albert residents for their generosity.

“I’ve done a lot of fundraising in Prince Albert for various organizations, and it’s a very humble feeling when you’re doing it for your family,” she said.