Hey friends, I have sca2 and was diagnosed with it in 2012. I bought a cane several months back because I fell twice within a week or 2. I don’t use the cane at work though.

Here’s my question, within the past 2 to 3 weeks I have lost a lot of strength in my legs and I’m losing my balance all the time. If this happened over the course of months or years I would think I progressed. But since its only 3 weeks I’m wondering if its something else.

It’s so bad it’s a struggle to work and work is saying stuff because it is so noticeable. I mean I walk at home many times with a walker and use a shopping cart at work. Any advice?

I would recommend physical therapy (one that specializes in neurological conditions not orthopedic). I went and my tripping/falling went from 2-3 times a week to 2-3 times a month, I would also say that you need to do some sort of exercise (overall and targeting your core (neck to butt)).

Ataxia’s progress at whatever rate it wants and gives you whatever symptoms it wants but you might want to get it checked out to make sure it’s not something else. 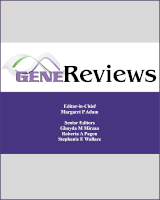 Spastic paraplegia 7 (SPG7) is characterized by insidiously progressive bilateral leg weakness and spasticity. Most affected individuals have decreased vibration sense and cerebellar signs. Onset is mostly in adulthood, although symptoms may start as...

Apperently this is increasingly common with ATAXIA patients

my fiancé has SCA2 and the same happened to him so it could easily be the ataxia progressing but it is worth finding out for sure as everyone is effected differently. Physiotherapy has helped us as has swimming and the physio even gave exercises for in the pool.

I eat my breakfast, then have to exercise. It is so hard sometimes, but I know I have to in order to keep my legs going. They have detereated over the last few months, but I sorta expected that.

Predicting the rate of progression in most types of SCA is very difficult, even by Neurologists. They can outline basic scenarios common to most people but individuals often vary enormously. On diagnosis, I was told it was a degenerative, progressive condition, with most people eventually needing to use a wheelchair.

My own problems with SCA became obvious in the 1990s but wasn’t diagnosed as such until 2011, then specifically confirmed as Genetic Recessive in 2015.

Initially, I had issues relating to Epilepsy, a seizure and regular deja vous flashbacks. Then double vision/nystagmus, balance problems and general ‘brain fog’.
This situation went on for several years without thoroughly being investigated by my GP. Then I started having falls, which led to an MRI, and Cerebellar Atrophy was confirmed.

Now, I can still walk slowly using a cane, or on bad days, a Rollator. Attempting multi tasking or something requiring intense concentration isn’t possible anymore. Household tasks are done by me, I don’t have specific help but rely heavily on my husband to get out and about.

On the face of things, compared to many people who are challenged by SCA, my rate of progression to date is better than expected🙂xB

My doctor wants me to take a genetic test specifically for sca2. He knows I have it, but he is a researcher and would like to know the repeat level. I have had little symptoms like clumsiness forever and having to hold on to handrails going down stairs for several years before I was diagnosed, but I was walking down the stairs at church and just almost like I passed out cause I didn’t know what happened and I didn’t try to break my fall. I thought it was MS because I’m on Humira for Chrohns, and humira causes symptoms like MS. They sent me to an MS doctor who read my MRI, and then I was diagnosed SCA2 at 28 years old (2012).

A diagnosis of Cerebellar Ataxia can be given when the MRI shows atrophy, and specific symptoms are present. To be given a diagnosis of SCA2, you must have had other specific blood tests etc.
At one time I was convinced I also had MS, this was the result of ‘googling’ and long before I’d even heard of Cerebellar Ataxia. Although I’ve been told I have a link with the mutant gene Syne1, research is still ongoing.

It is really hard to tell unless you have specific tests from a Neurologist, at least that is what I have heard. Is it expensive for the blood tests? I just know 25 years ago my cells were dead or dying. I never had any tests but the Neurologist then said I had Cerebellum Ataxia. That was probably from seeing the dead cells in my cerebellum on the MRI.

I had an MRI which showed atrophy, not MS. But because I have family history of SCA2…several members which are sca2 doctors said a genetic test is not necessary.

Jubie, I have heard blood test/gene testing is expensive. Call your insurance company and ask how much they cover if you are getting one. In my opinion, if you have family history and have ruled out MS or other brain diseases then I’d say you have whatever’s in your family. I’m not sure you can see dead brain cells, per say. Rather than dead cells you’d see an atrophying(getting smaller) cerebellum. I have an untrained eye and I looked at my MRI on my brother’s computer, he is a radiologist, and he confirmed my suspicion that there was atrophy in the cerebellum, but he said if a person came to his office that was not having symptoms, sca2 would not be his diagnosis, but since it runs in my family…since then…2012…I’ve seen 1 MS doctor, 1 Radiologist, 1 Neurologist, 2 Ataxia specialists and they’ve all said they think its what runs in my family.

I was diagnosed in 2011 at 28 years old. But I had an episode in 2010 while I was studying abroad in Spain. I was at a friend’s house and when I got up to go to the bathroom, I was struggling to walk. I had to hold on to the walls to get to the bathroom. I was scared and didnt know what to do. My friend took me to the ER and I was told it is some sort of Ataxia. I got back to my dorm and googled information about it. I read that exercising would help slow down the degeneration.

Because I was poor, I looked up pilates beginner mat videos on youtube and doing them everyday. My legs were getting stronger but I had a friend next to me always when going to class and going back to the dorms. After a month of doing pilates videos, I didnt need my friend to walk me anymore. My legs got back to normal.

My advice to you is to consistently exercise. pilates, yoga, balance exercise, etc. To this day, I am not using a walker, I go to work and do my job. It is noticable but its not hindering me from doing my job.

I wear a weighted vest by motion therapeutics to help with balance. I do walk a lot and take the stairs.

The best advice is to always think positive. What got me through the tough times is thinking about US veterans and how much rehab they went through with prosthetic limbs. Its not exactly the same but the concept of it is mind over matter.

Thanks I went down under. No one in my family back as far as my great grandparents have had any thing like Ataxia, or anything like that. I will check with my insurance co. to see what they say.

Thanks euniecorn, my doctor did prescribe physical therapy.

Jubie, there is some ataxia’s that are because of gluten sensitivity. I guess problems occur, but get better once you get rid of gluten. Have the doctors told you what they think it is?

That I know of I don’t have a gluten issue. When I first went to see the Neurologist( 25 years ago) he told me I had idiopathic cerebellum ataxia. So they didn’t really know, except for the dead or dying cells in my cerebellum. I didn’t see the MRI. I have all the symptoms all Ataxia people do. I have to put my hands on the brakes of my walker now, cause the walker goes to fast for me. My body goes, but my legs have to play catch up. I had both knees replaced 20 year ago and am having a lot of trouble with them. I am going to see an Dr. tomorrow and find out if part of it is my Ataxia or my knees giving out. Maybe both.

If it is so sudden, perhaps have a brain MRI to rule out stroke or tumor. JD

I saw an Optometrist and my x-rays were fine, It was my kneecap that made the popping and hurting. He made me do a lot more exercises. It is the Ataxia that is taking my legs away. The kjneecap moves from side to side and I have to strengthen the muscles to hold it in place.

A couple years ago I was on vacation at the beach. I was walking into the ocean and a wave hit me so hard it knocked the breath out of me. This was before being diagnosed with ataxia, but the doctor said it dislocated me sternum from my collar bone. In medical language I had a subluxation of the sc joint. The doctor told me the ligaments that hold my sc joint in place were stretched. I forget the medical term for that, but my mom calls is loosie goosy syndrome. Here lately my balance has been so bad at work, I’m ready to quit because I’m scared I’ll fall. I think it has a lot to do with my pain in my right knee, and it giving out.

I don’t guarantee it will work, but I sit and put my leg out, count to 5 an put it down. He told me to do it 100 times. It really sounded like a lot, but I have got some strength back in my legs.